The frieze to which this large statue of Apollo belongs consists of more than one hundred figures of Greek gods (led by Zeus) fiercely battling the giants. The most extensive representation of this epic conflict ever attempted by Greek artists, the frieze is thought to have served as a mythological parallel for the Pergamene victories over the Gauls or Galatians. The decorated altar was created during the reign of the Attalid king Eumenes II between 165 and 156 BCE and dedicated to Zeus and Athena. The names of the participants are helpfully inscribed on this encyclopedic monument. Apollo is defeating the giant Erysicthon. The torso is beautifully muscled, and the drapery folds help to express the drama of battle. German excavations directed by Karl Humann in 1879 and 1880 on the ancient acropolis at Pergamon in Turkey uncovered the magnificently carved frieze surrounding a high podium, and an Ionic colonnade at the top of the podium, within which was an altar dedicated to Zeus. The entire monument is in the Pergamon Museum, Berlin, which was built to house them.
~Lisa Hargrove 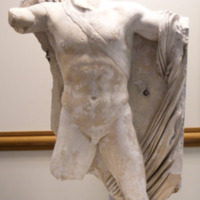 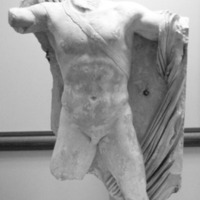 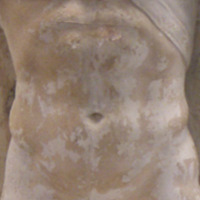 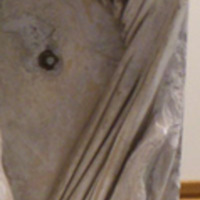