The Buddha is the central figure in the various sects of the Buddhist religion. He can be recognized by the ushnisha, a protuberance atop his head which symbolizes his great intelligence and wisdom, by the urna, a tuft of hair in the center of his forehead which is said to radiate his intense inner light to the world, and by his elongated earlobes, which symbolize his renunciation of wealth and worldly items.

The Gandharan style of Buddhist sculpture was influenced by trade on the Silk Road that passed through this northern region of India. Those carrying goods along the road also brought examples of Greco-Roman styles in art, which influenced the style of this region. The influence is evident in the Buddha’s classical wavy hair that is quite different from the tight and simplified curls of other Indian styles. 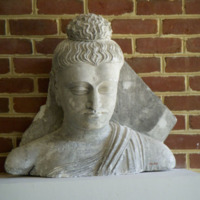 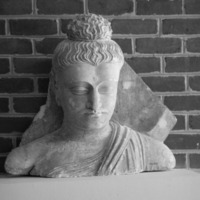 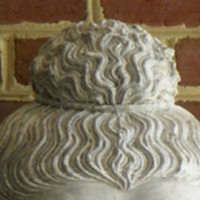 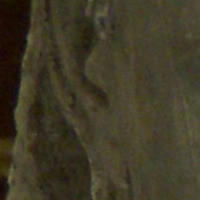