About half of this head was preserved, but not the nose, the lower part of the face, or the beard. Georg Treu at the Albertinum in Dresden had all these segments restored when casts was produced, so as to make a complete head. The curving seams delineate what was replaced. The right side of the face and 34head is original, and comes from the head of what has been identified as another "Seer" in the east pediment (figure L). The beard appears to be molded from that of the Old Seer in the east pediment (figure N, and above no. 3). Fig. 5. 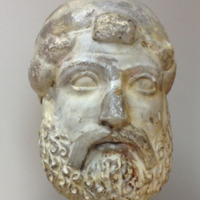 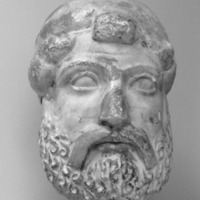 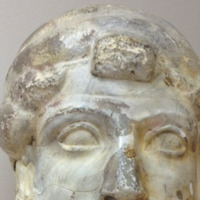