The monument was designed by Peter Vischer and finished by Johannes Vischer. Johann is represented as being dressed in a fur hat and cape, over a brocaded cloak, revealing leggings and boots. He wears a ring on his left hand, which is positioned to hold a sword. His head rests on a brocaded and tasseled pillow, an identifying inscription surrounding the sloping sides of the lid. This is one of a pair of sarcophagi, the other one being for Johann's son, Joachim I of Brandenburg. Johann Cicero and his son were Hohenzollern rulers from about 1486 to 1535, direct descendants of Frederick I through the Brandenburg line. From these princes came the kingdom of Prussia, which would play a major role in shaping modern-day Europe. The Brandenburg-Prussian state eventually dominated northern Germany and split the Holy Roman Empire.

This plaster cast of a sarcophagus lid is not the one that was molded from the bronze original during the 1890s and purchased for the Metropolitan Museum of Art. When that cast arrived at GMU, it was still in the crate in which it had been received decades before at the Metropolitan Museum of Art. After it was uncrated, the cast was cleaned and painted. But the original cast began to disintegrate, which meant that a copy had to be made. This was done by the sculptor Nick Xhiku, who frequently came to our rescue in repairs to casts. Nick explained that mold-making requires professional craftsmanship, an acute understanding of the consistency of the materials, and precise timing. First the cast was cleaned carefully, and then Nick built a wooden frame around the plaster cast. He coated the relief with clear shellac and a release material to ensure easy removal of the completed mold. Then he poured liquid rubber over the relief in several stages. After this rubber mold had set, he applied a plaster solution to the rubber to create a stable outer casing. This rubber "mother mold" in its plaster casing was lifted from the old cast and turned over onto a flat surface to receive an inner layer of plaster. After the plaster solution had hardened, the cast in the mold was inverted and the mold was removed, uncovering a plaster copy of the old cast. The 19th-century plaster cast from the Metropolitan Museum of Art soon collapsed completely, but not before this precise copy had been completed. The copying process can be repeated to produce multiple plasters. 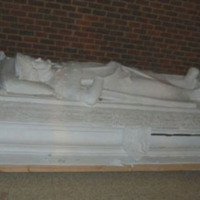 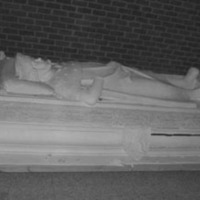 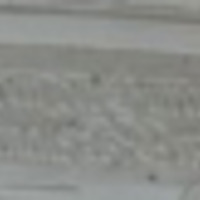 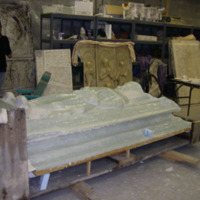 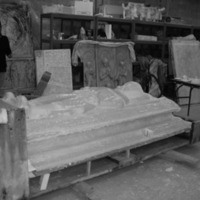 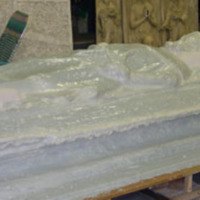