Figures such as these representing Christian subjects that were used to ornament the door jambs of churches are a common Gothic feature, as are the intricate architectural details surrounding the figures. The scene here is the Annunciation, in which the angel Gabriel visits the Virgin Mary to tell her that she will be the mother of Jesus Christ. Gabriel is at the left, speaking to Mary at the right. The head of God the Father is between them, and the Holy Spirit descends towards Mary in the form of a dove. 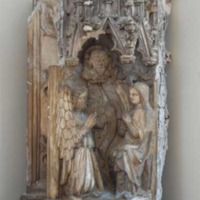 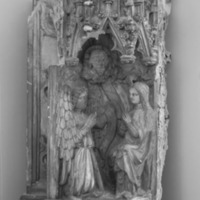 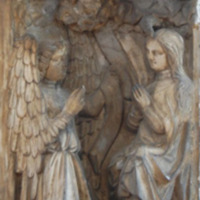 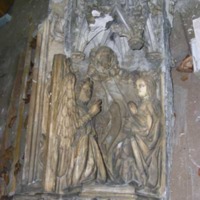 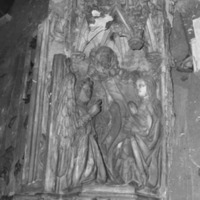