This is part of a relief representing one corner of a canopy above the image of the king. From the side of a doorway to the Hall of One Hundred Columns at Persepolis. Rows of rosettes separate rows of bulls and of lions. At the head of each file of animals is a winged disk. The cast was made from a mold taken in Persepolis in 1892 by the plaster-maker Lorenzo Giuntini (1844-1920), son of an Italian plaster-maker, and an English mother. Giuntini accompanied Herbert Weld Blundell on an expedition to Persepolis in 1891-1892, to make casts of the reliefs. Thereafter the molds were destroyed. This and other of Giuntin's casts from Persepolis are preserved in the British Museum. 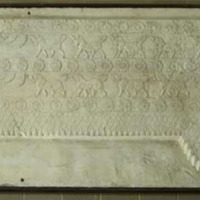 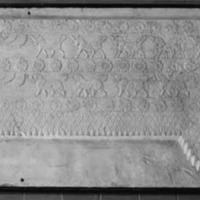 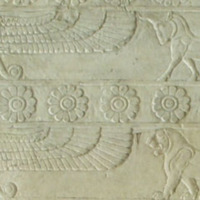 Art of the Ancient Near East