This colossal head, known as the Ludovisi Juno (Hera) because it was owned by the Ludovisi family in Rome, has no known provenance to give an idea of the original setting for the statue. The end of the nose and the curls on the neck are restored in the marble. The colossal head may or may not represent a goddess. Its colossal size is meant to impress viewers. Furthermore, the face is without expression, without any indication of emotion or of age. The woman wears a 3-tiered diadem decorated with acanthus and palmette, a plain band, and a beaded string that falls down to entwine with the curls on her neck. The classical serenity of this face made Johann Wolfgang von Goethe wax poetic about its rare form. He acquired a plaster cast of the head for his personal collection. The hairstyle and diadem eventually led scholars to conclude that this is not a goddess, as was originally thought, but rather an idealized portrait of a member of Rome’s imperial family, perhaps Antonia Minor, the mother of the emperor Claudius (reigned 41-54 CE). Never officially deified, Antonia Minor was the direct link between Claudius and her deified uncle Augustus, Rome’s first emperor. The holes in the right cheek of the plaster cast were probably caused by drips that fell continuously on the face during storage.
~Madison Bolls 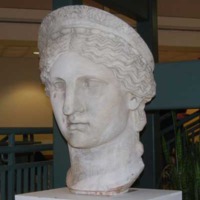 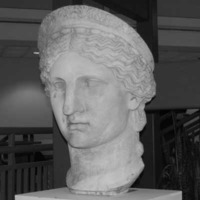 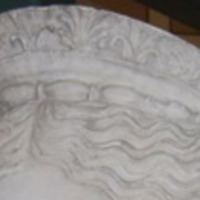 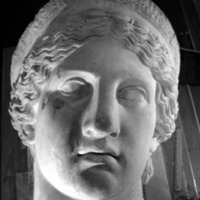 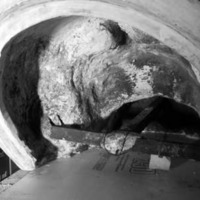