Fauns or satyrs, humans with tails who lived in the wilds, were followers of Dionysos/Bacchus. They were known in Classical times for wild drinking and for uncontrolled carousing. This drunken faun has dropped his pan-pipes behind the rock on which he lies sleeping, his limbs splayed out on a panther-skin with gaping jaws. The faun’s brow is knitted and his mouth is slightly open, suggesting that his sleep is not very comfortable. The marble faun was dug up in Rome in the 1620s, during the fortification of the Castel Sant’Angelo (built originally as a Mausoleum for the Emperor Hadrian, and decorated with statues). Pope Urban VIII’s family, the Barberini, owned the statue. During the 17th and 18th centuries, the Barberini Faun became one of the most famous antique statues in Rome. Perhaps the fact that it was poorly preserved made it even more tantalizing for artists and connoisseurs. A number of different artists adjusted the posture, and restored and re-restored its missing parts - a portion of the right leg, the left leg, the left arm, the fingers of the right hand, and the base. The fig-leaf was added during the 1600s. During the French occupation of Italy, the Barberini family were forced to sell this statue. Despite strenuous resistance to its export, the statue was sold to Ludwig I of Bavaria in 1814. It arrived in Munich in 1820, and a special room was built for it in the Glyptothek (Sculpture-Gallery). 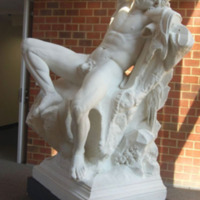 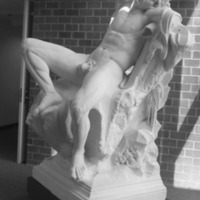 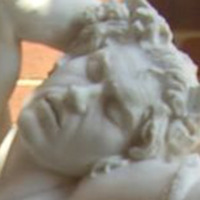 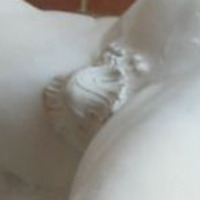