Two vertical braids of hair between two pilasters adorn this votive relief in the form of an aedicule (chapel). The architrave is inscribed: "Philombrotus and Apthenetus, sons of Deinomachus, dedicate this offering to Poseidon." Leake found the relief at the site of a temple to Poseidon near the sea and thus at the edge of Theban territory. Ancient literary sources attest to the practice of offering one's hair to Poseidon after surviving a shipwreck, and Leake assumed that the dedicators "were probably about to encounter, or had escaped from some peril at sea." Hair was dedicated to various gods as an act of piety, to judge from ancient literary references to the practice. The hair itself might be hung from a tree in a sacred grove, or enclosed in a container and dedicated in a sanctuary, or, as in this case, a more expensive marble dedication might be offered to Poseidon. The dedication of an image of their braids by Philombrotus and Aphthonetus might best be seen as both an act of gratitude, and a vow to dedicate themselves to Poseidon for the rest of their lives, leaving behind that physical state in which they had been close to death.
~Lucy R. Miller 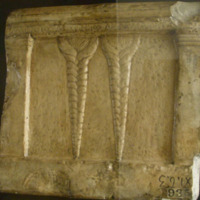 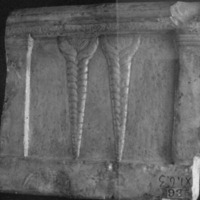 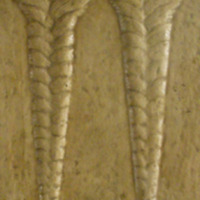